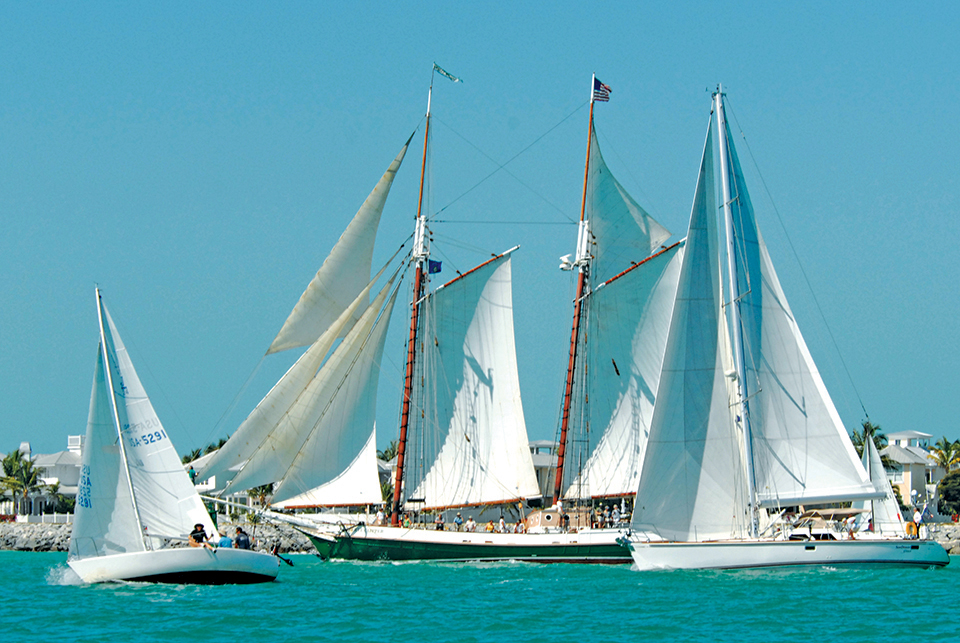 Some of Key West’s biggest Blowhards raise their sheets to the wind for Schooner Wharf Bar’s legendary Wrecker’s Cup Race Series – a raucous 7-mile sail to nearby Sand Key. If you missed the first leg of this year’s “Day of Wreckoning” in January, you can still catch the second and third legs on Sunday, February 24 and on Sunday, March 31. The series wraps up with a fourth and final leg on Sunday, April 28.

Local boats compete for bragging rights in five different classes (Classic, Schooner, Multi-hull, Monohull over 30’ and Monohull under 30’) and reenact a time in Key West history where wreckers raced to a disabled ship, rescued the crew and then claimed the cargo.

Of course in this anything-but-serious race, there is nothing to rescue at Sand Key except bruised egos from the last race. During the Post-Race Pusser’s Rum Awards Party at Schooner Wharf Bar, winners receive a bottle of Pusser’s Rum Punch and a souvenir rum mug as well as pseudo-antique Victory Trophies, Schooner Wharf BarTabs and official Wrecker’s Race Tee-Shirts.

Even if you’re not a sailor, you can still share the madness from the Schooner Wharf Bar located at the foot of William Street in Key West’s Historic Seaport.