Get Your Suds On! Key West’s 10th Annual BrewFest 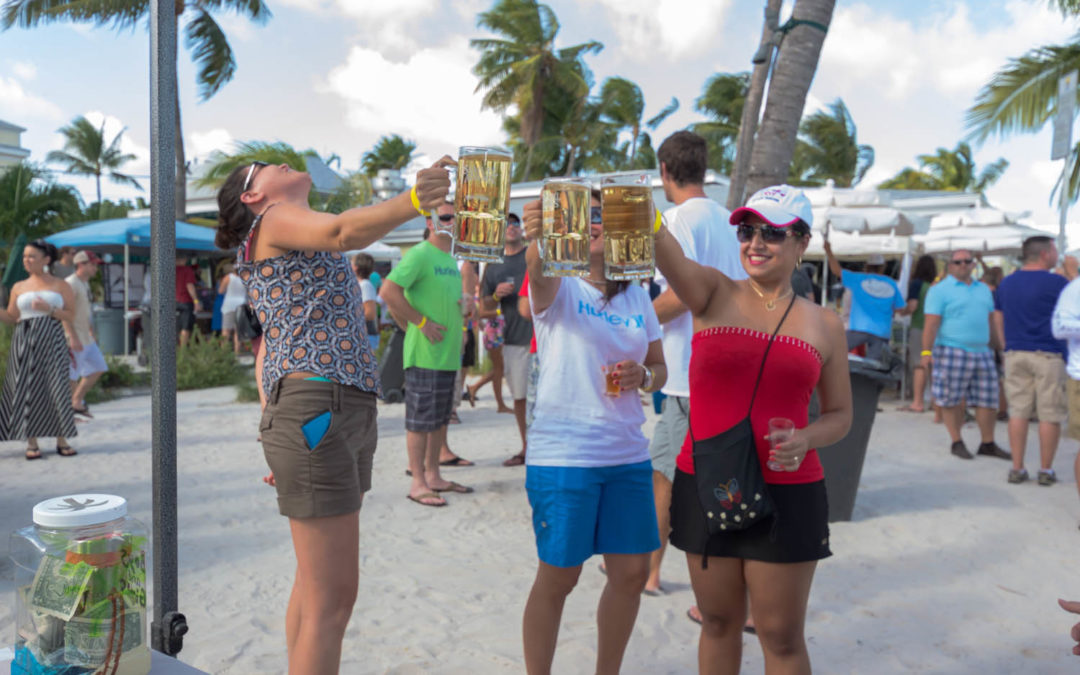 Nothing says “beer” like a rockin’ BrewFest! And what could be more fun than sampling hundreds of beers and ales in America’s Southernmost City? Specially crafted for Labor Day Weekend, Key West’s 10th Annual Brewfest takes place on Thursday, August 29 through Monday, September 2 and is guaranteed to have you foaming at the mouth.

Get your brewskis on with local favorites from the Florida Keys Brewing Co. and Islamorada Beer Co. or kick back with national favorites like “Monk in the Trunk,” “Funky Buddha” and “Andygator.” The barrel of fun starts at 5:30pm Thursday, August 29, with a kick-off party at Key West’s Waterfront Brewery, 201 William St., home of “Crazy Lady” Blonde Ale and other in-house crafted brews.

The party continues with tons of other beer related events including brunches, pool parties, daytime tap takeovers and special dinners that pair each course with brews that complement the cuisine. But the undisputed highlight of the weekend is Saturday’s BrewFest Signature Tasting Festival. With nearly 200 beers from around the world, the tasting extravaganza is set for 5-8pm on Key West’s South Beach at 1405 Duval St. General admission is $40 per person in advance or $45 at the door.

For die-hard lager lovers, there’s an exclusive VIP tasting with passed appetizers from 3 – 5pm. Tickets are $90 per person in advance and include 10th anniversary BrewFest memorabilia.

At 8pm, a Second Line March led by the New Orleans band, Water Seed, departs South Beach. This is your chance to dance down Key West’s legendary Duval Street to a party at the funky Green Parrot Bar, 601 Whitehead St. The festival continues through Labor Day with events including a beer dinner at the Southernmost Beach Café, 1405 Duval Street, and a lively evening of bingo at the Green Parrot.