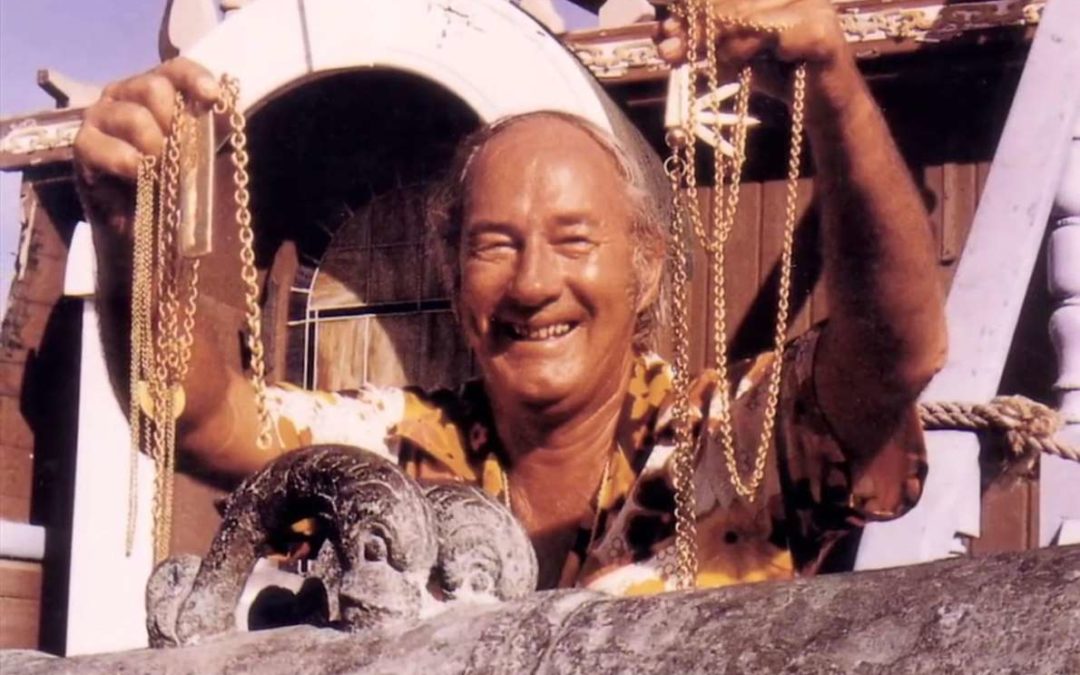 Former chicken farmer turned treasure hunter, Mel Fisher hunted doggedly for years in search of the treasure-packed Spanish galleon, Nuestra Señora de Atocha, which sank in a hurricane off the Florida Keys in 1622 en route back to Spain from Cuba.

Finally on July 22, 1985, just three years before Mel’s death and after 16 years of proclaiming “Today Is The Day,” Fisher’s crew hit pay dirt when they finally discovered the Atocha’s “Mother Lode” about 35 miles offshore from the Florida Keys. Although Fisher originally found the first artifact from the ship in 1971, discovering the location of the main wreck along with its sister ship, the Santa Margarita, netted his crew more than 40 tons of silver and gold including over 100,000 Spanish silver coins known as “Pieces of Eight,” gold coins, silver and gold artifacts, Columbian emeralds and over 1,000 silver bars.

All in all, the cache totaled over $500 million in treasures but that’s only about half of what the family business has since recovered.

Despite the huge haul, treasure hunting is an expensive venture so each year Mel Fisher Treasures ensures its cash flow by opening its coffers to individual investors who currently number about 200.

Buying shares worth $10,000 to $80,000, the investors who include divers, small business owners, history buffs, etc., become part owners in Fisher’s treasure-hunting operation and get paid in silver coins, gold chains, pearls and other spoils.

Each July, during Mel Fisher Days, the investors gather in Key West to dive the Atocha, party in paradise and cash in on the year’s bounty which is distributed during the week-long celebration.

But you don’t have to be an investor to see it for yourself. Many of the artifacts from the Atocha and Margarita are on display at the Mel Fisher Maritime Museum and you can also purchase your own genuine treasure coins and treasure jewelry at Mel Fisher’s Treasures.

Both the museum and the gallery are located at 200 Greene Street in Key West. Info: melfisher.org.